In Genesis Chapter 15, God appears to Abram in a most unusual way and promises what seems impossible but Abram believed.

How do we benefit today from Abram's faith?

1.  Here in chapter 15, God continues to tell Abram that He will bless him.

Let's review and summarize God's previous interactions with Abram prior to this point.

The Lord Speaks to Abram

The Lord first spoke to Abram in the first three verses of chapter 12.   God told him then:

The Lord Appears to Abram

In verse seven of chapter twelve the Lord appeared to Abram and told him that He would give Abram’s offspring the land of Canaan.

The Lord Speaks to Abram Again

Now the Lord appears to Abram again in a vision in Genesis chapter 15.  From your review of chapters twelve through fourteen, up to this point, which of the Lord’s promises from the summary outlined above had come true so far?  Cite the Scripture references in your answer.

2.  What's different in the encounter with the Lord here in chapter 15 compared to the three previous times that Abram interacts with the Lord as referenced in the above summary?  Specifically, how does Abram act differently?

3.  What are the three things the Lord told Abram in Genesis Chapter 15 verse 1?  Identify which of the three is a comforting command, a promise of protection, and a promise of the future. 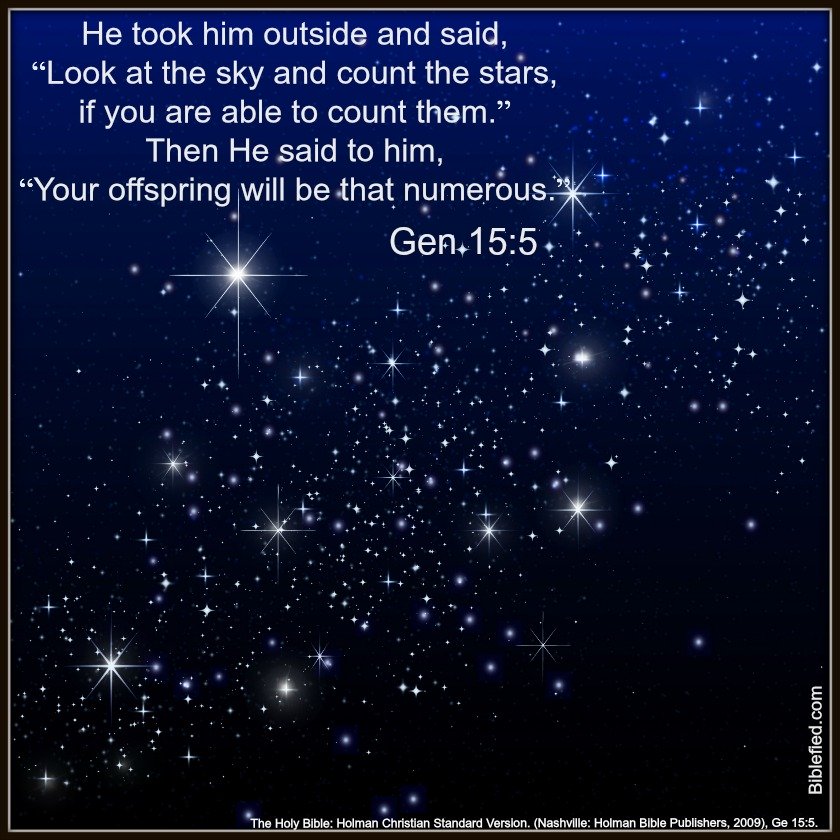 4.  Considering that Almighty God knows all things, and considering what had just occurred in the previous three chapters (after these events - Genesis 15:1), what might have been Abram’s concerns when the Lord addressed him in verse 1?

5.   Have you planned (or could you plan) to leave your descendants something after your death that will honor God and perhaps inspire them to do the same?

6.  From your reading of chapters 12, 13, and 14 of Genesis, what had God done so far in the life of Abram to help him?  How might those things help him see the power of his God?

7.  Verse 6 of chapter 15 says that “Abram believed the Lord, and He credited it to him as righteousness."

a.  What was it that Abram believed?

b.  How does the same principle apply to Christians today?

8.  According to the Baker Encyclopedia of the Bible, a covenant is an “arrangement between two parties involving mutual obligations.”   In the Old Testament a covenant between two people involved promises bound by solemn oaths to act in a certain way towards the other person.

There are many examples of covenants between human beings in the Bible, none more significant than marriage.  But the more important covenants in the Bible are those between God and man.  Prior to this covenant in Genesis chapter 15, we see God had made three prior covenants.

By the slaying of the animals and passing through them in the form of a torch, the Lord was saying to Abram that He was responsible to fulfill His promise.   We see the same sort of ceremonial promise in Jeremiah chapter 34.

God knows ahead of time what He will do with regard to His promises and covenants.  We know this from 1 Timothy 1:9-10, where He tells us that before time began He had a plan to rescue man from sin.  Ultimately, we see in the New Testament a new covenant to be fulfilled with the return of the risen Savior Jesus Christ.

Today, we have the example of Abram to simply believe God no matter the circumstances may be.  From your reading of Genesis chapter 14, what was the covenant that God made with Abram and what were the physical circumstances that had to be overcome?

9.  God knows all things before they occur.  List all references to future occurrences of truth that God declares in Chapter 15 from these verses:

Click "Start" to answer a question on Genesis Chapter 15

We pray this Bible Study on Genesis Chapter 15 has been a blessing to you.