In Genesis Chapter 18 we see Abraham entertain three mysterious visitors but how do they read Sarah’s thoughts?  Also, we see how gracious hospitality honors God.

1.  Although Genesis chapter 18 doesn't tell us, when in this narrative do you think Abraham actually recognized that one of his visitor's was God in fleshly form?

2.  Hospitality was a big deal in the ancient near eastern culture.  It's ironic in light of this record in Genesis that the Hebrew Talmud, which outlined the teachings of Jewish rabbis, states that "Hospitality to strangers is greater than welcoming the Divine Presence" (Shabbat 127a).  The Holman Illustrated Bible Dictionary offers the following insights on hospitality:

In what ways does Abraham demonstrate remarkable hospitality to the three men who appear before him?

3.  At this point in the story of Abraham, it had been twenty four years since God had promised that Abraham would have offspring (Genesis 12:7).  This was when Abraham was 75 years old (Genesis 12:4).  Ten years after this first mention of God's promise (Genesis 16:3), Sarah decided that she needed to "help God out" by giving her servant to Abraham, who is now about 85, so he could father a son.  Sarah's scheme didn't work out so well, but God had made a promise.

Now at this point in the story, Abraham is about 99 and Sarah is about 90 years old (Genesis 17:17, 24).  It has been about twenty four years since God first promised Abraham offspring.  Through Hagar Abraham did have a son Sarah had not provided any children to Abraham at this point.

What's Sarah's perception of God's promise at this point in the story? 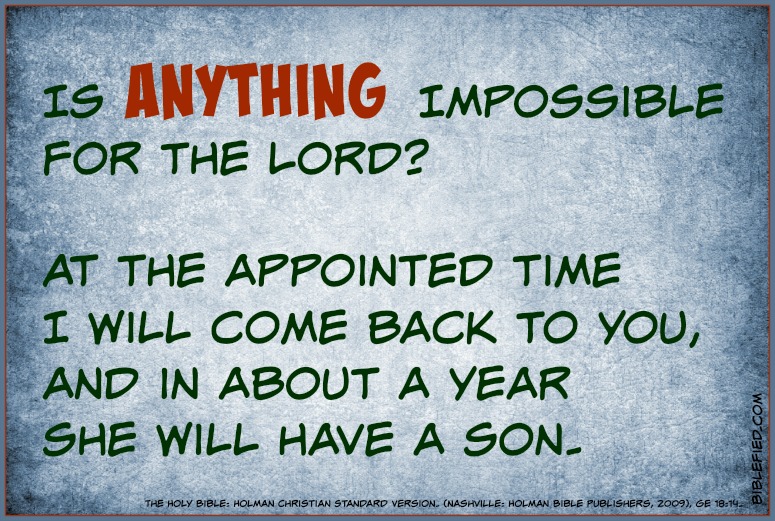 5.  When we read Genesis chapter 18, we see that Abraham didn't fully understand the judgement of God.  God didn't say He was going to destroy the righteous with the wicked.  He only said He would judge the city of Sodom (verse 21).  We don't know where Abraham got the impression that God would do so (verse 23) because the Bible doesn't tell us that.

Perhaps Abraham misunderstood the judgement of God in the flood where it may have seemed that the righteous were punished along with the wicked.  But Genesis 7:1 tells us God found that only Noah was righteous.  We don't know the perceptions of Abraham on God as "the Judge of the earth" but we do know that Abraham knew God in a personal way more so than most ever will.  He also understood that God alone was the judge and that he was mere dust and ashes.

Much like many in our world today, it may be that some had a misconception of the judgment of God.  Perhaps Abraham, who had only witnessed God's judgment on Pharaoh for taking Sarah from him, didn't yet have a clear understanding of the judgement of God at this point in his life.

Review the following Scriptures.  What do they tell you about the fairness of God's judgement?

6.  When Lot separated from Abraham to live in Sodom we don't know much about him.  We don't know if he was married or how many servants he had, but it's likely he had a considerable household (Genesis 13:5).  If God blessed Ishmael as a result of Abraham's plea (Genesis 17:20), then it's likely God may have blessed Lot following a similar plea by Abraham for Lot.

We know Abraham cared for Lot as his relative so much that he rescued him at great expense (Genesis 14).  It's likely that Lot might have considered Abraham more of a father than an uncle since his father died at a young age and Lot traveled with him to the Promised Land (Genesis 11:27-28; 12:4).

Now, in Genesis chapter 18, we see Abraham pleading with God for the rescue of the righteous in Sodom, where Lot lived.  Share how you have also prayed for God to rescue someone you know from the evil of this world. What are some practical ways to persist in prayer?

8.  Why did God reveal what He was going to do to Abram?

We pray this Bible Study on Genesis Chapter 18 has been a blessing to you.