In Genesis Chapter 19 we see the destruction of Sodom and Gomorrah as a sad testimony of the wages of sin and at the same time a fearful testimony to the judgement of God.

1.  Compare the hospitality of Lot in Genesis chapter 19 to that of Abraham in chapter 18.  What are three ways they behaved both similarly and differently as hosts to their guests?

2.  Review the Scriptures below.  What do they tell you about Lot?

3.  When the men of Sodom demanded to have sex with Lot's visitors, Lot characterized their desires as evil in verse 8. Review the following passages of Scripture.  What do they tell us about God's view of homosexuality?

4.  How many righteous people were found to be living in Sodom?

5.  Sin tempts us to make bad decisions in our lives like the people of Sodom.  What can we learn from the following passages of Scripture about overcoming temptation? 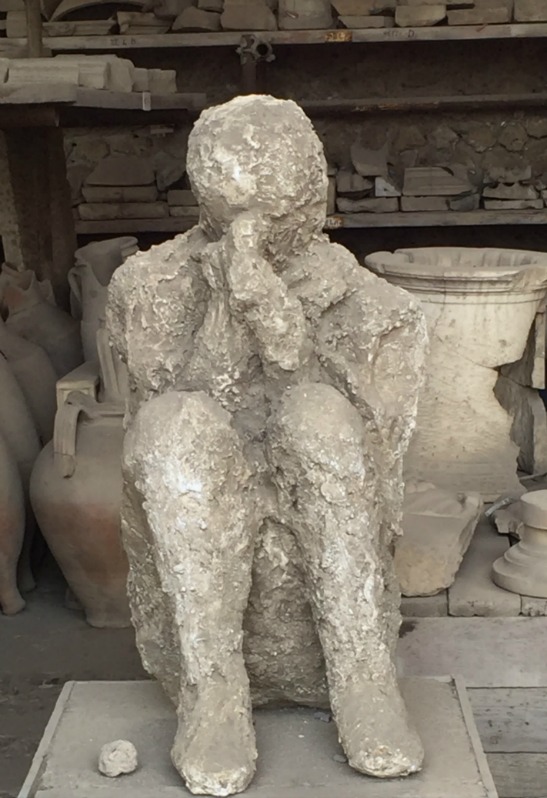 6.  Lot's wife was turned into a pillar of salt when she lingered behind her husband and looked back (19:26).  Today the locations of the cities of Sodom and Gomorrah are unknown despite much archaeological effort.  The first century historian Josephus claimed to have seen the remains of Lot's wife as did Clement of Rome in the second century.

However, we don't really know where these cities once were in the formally fertile plain of Jordan (13:10), which was likened to the Garden of Eden.  Nor do we know the location of the pillar of salt that once was Lot's wife if it really did exist.

Today we can visit the ruins of the ancient cities of Pompeii and Herculeum in Italy to gain just an idea of how the remains of Lot's wife may have appeared.  Archaeologists have found evidence of ancient volcanic activity in the region where Sodom and Gomorrah are thought to have been.

Therefore, the preserved remains of the victims of Pompeii and Herculeum may give us an idea of what happened to Lot's wife.  But we don't really know exactly how she appeared when she died.  What we do know is that she did not heed the warning of the angel who gave Lot and his family four commands.

What were the four commands?

7.  Read Luke 17:20-36.  There are many points in this passage that relate to His second coming and he mentions Lot's wife.  What's the lesson Jesus teaches us in telling us to remember Lot's wife?

8.  Lot offers to sacrifice his innocent daughters to the evil men of Sodom.  This is recognized as one of the most difficult passages of Scripture to understand.  Although his culture's emphasis on hospitality may have demanded protection for his guests, in the modern western mind the idea of protecting women and children (especially your own family), causes us to view Lot's decision as disgusting and ridiculous.

God offered His innocent Son - Jesus Christ - to be sacrificed for our sins.  Why or how was Lot's offer to sacrifice his daughters different? 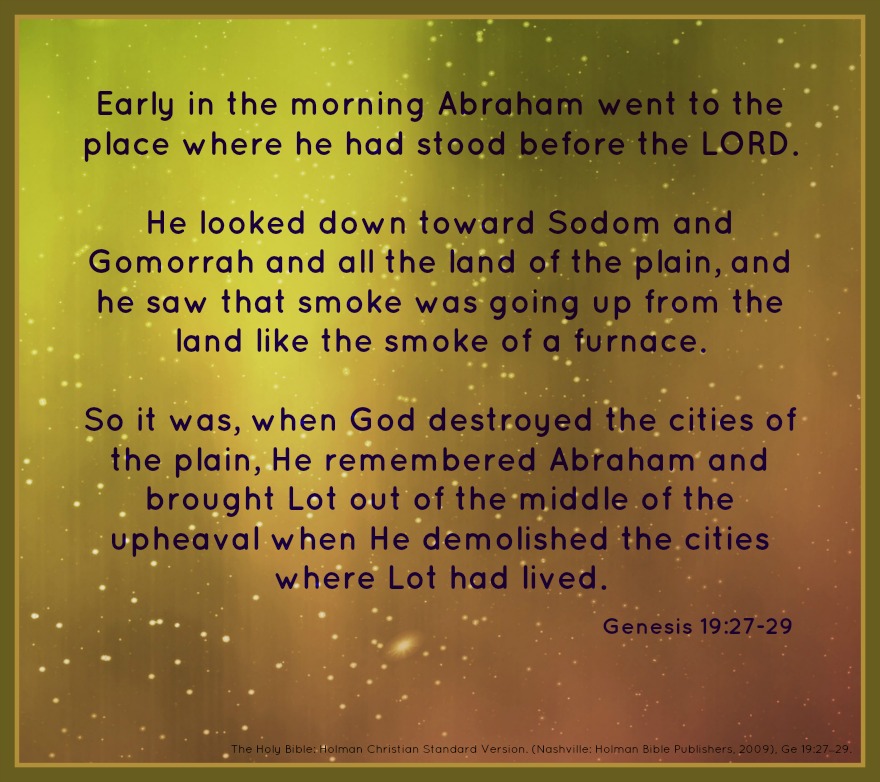 9.  Verse 29 tells us that the Lord remembered Abraham and for his sake, Lot was rescued.  However, all else besides Lot's two daughters perished.  Jesus said that the people of Sodom would have repented and the city wouldn't have been destroyed if they had seen the miracles He performed in Capernaum (Matthew 11:23-24).

What do you think it will take for our society to repent of it's sins?

We pray this Bible Study on Genesis Chapter 19 has been a blessing to you.